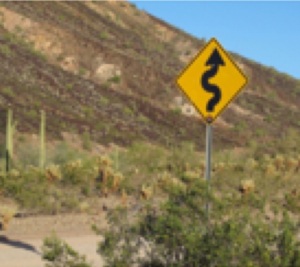 “It’s gonna be one of those days,” Rick thought as he burst through the back door.

The chick’s boyfriend came home unexpectedly and spotted Rick running out of the house in his underwear, with his jeans under his arm and his shoes in his hand. He might’ve made it without being noticed, if not for that damn screen door. It smacked shut loud enough for people in China to hear it. Rick tossed his clothes into the open window of the metallic green ’71 Mach 1 Mustang, and jumped inside.

The guy bolted through the door, with fire in his eyes. He was as big as a horse and twice as fast.

Rick’s key slid into the ignition like a hot knife through butter. “C’mon baby, let’s fly.” The motor turned over and answered, “Vrmmmm.” He jammed the shifter into reverse, dumped the clutch and mashed the gas pedal to the floor. The car swerved to the left and was onto the street in a millisecond. Driveway pebbles shot out from under its tires, blasting the big dude and splattering the chick’s mailbox like shotgun pellets.

The boyfriend shook his fists in the air and hauled ass to his own rod.

Rick’s first gear went to fifty and the unbridled horsepower thrust him onto the bucket seat hard enough to rattle his teeth. The Mach 1 demanded to be driven. Fast. It pulled harder, and harder yet, screaming for second gear. He punched the clutch down again, pulled the shifter back towards him and then quick-like…did the switch-foot move. The gas pedal was almost to the floor as his best girl purred to seventy. His left foot hovered over the clutch, impatiently waiting for the chance to kick it into third.

A quick peek up at the rearview mirror revealed a Black Charger pulling out onto the street. That dude must have had his foot stuck all the way into the 440’s block.  He was flying. The grill lifted high and the tires looked like fangs ready to bite off a chunk of asphalt. When the front of the car came back to earth, the chassis bounced up and down and the guy almost lost his shit. Smoke covered his car as he burned rubber and he struggled to get control. By the time he hit second, he was closing the distance.
The Mach 1 was in third gear, chasing ninety,  yet the other guy was still gaining. Rick was holding steady at ninety-five by the time he shifted to fourth.

The 440 had shrunk the distance to about a mile. But Rick just laughed and said, “Okay buddy, let’s play.” Winding mountain roads loomed ahead, and he knew that the Dodge would never be able to handle the curves as well as the Mach 1.

Turn one was big and wide. Lots of room in this playground.
Downshifting, ninety-five became seventy in a second. Down again, second gear coming out of the curve at fifty. The Dodge lost a little, but was catching up fast. Rick punched it and chirped the tires. The black car screamed forward, taking full advantage of a big-block motor on the straightaway. From the mirror, Rick could see the guy’s face, set in a toothy grimace.

Turn two, tighter as the road curved higher up to the peak. The double down-shift threw Rick forward into the wheel as he slowed.

Straight asphalt ahead. He pushed the Mach 1 back into acceleration mode. The Dodge was nowhere to be seen.

As Rick took the final turn into the western setting sun, laser blasts of light shot through the treetops, blinding him. It took two hands to fight the pull of the g-force of the sharpest curve yet. The muscles in his arms shook but his fingers were glued. No sign of the other car in his rearview. He should’ve down-shifted first. The brakes alone weren’t enough to slow him. But in taking the turn at seventy-five, he’d needed both hands on the wheel.

The metallic paint glittered in the sunlight, as the Mach 1 flew through the air. The car hovered for a moment, before it remembered that it couldn’t really fly. The Dodge had stopped on the shoulder of the ravine. Rumbling in triumph.

Rick laughed at the sight.

Hell, he always knew that one way or another…curves would be the death of him.